A brief overview of the most important incidents with explosions and decomposition of ammonium nitrate (AN).

Ammonium nitrate, due to the relatively easy access to it through the supply of fertilizers, has been used as an explosive in many terrorist attacks. The most notorius and deadly of these is the attack on a federal building in the city of Oklahoma in the USA in 1995. This act of domestic terrorism was the deadliest in the USA, until the 9/11 attacks. 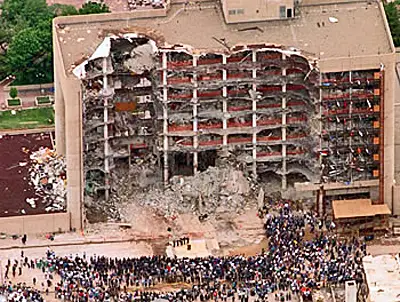 An improvised mixture with basic ingredients of about 2 tons of ammonium nitrate fertilizer and 500 kg of liquid nitromethane (racing fuel additive) was used. The result was the partial collapse of the building and significant damage-destruction to another 300 buildings within a radius of 16 blocks. 168 people lost their lives in the attack.

All industrial accidents involving ammonium nitrate are the result of the simultaneous synergy of three or more factors, with the main ones being: 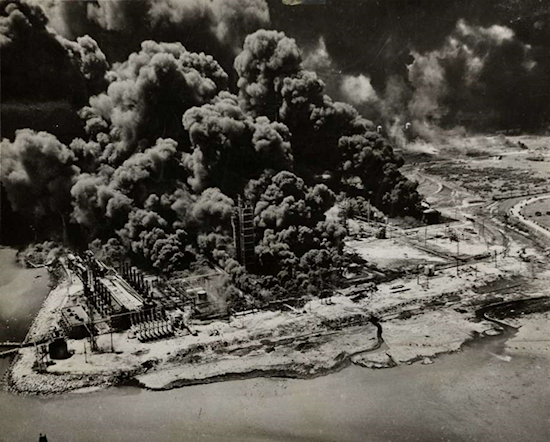 Description : Fire and explosion on a ship carrying 2,100tn ammonium nitrate, small arms munitions and balls of rope. The initial explosion caused a domino effect resulting in a fire and explosions on a neighboring ship carrying 870tn of ammonium nitrate and 1,600tn of sulfur, the warehouse from which the ships were loaded, neighboring oil storage facilities, an the oil refinery and a Mosanto chemical plant.

Results : The worst industrial accident in USA history with 582 dead and more than 5,000 injured. More than 1,000 buildings were completely destroyed. The smallest fragments from the explosion reached up to 10Km away, while an anchor weighing 2tn was found at a distance of 2.6Km. 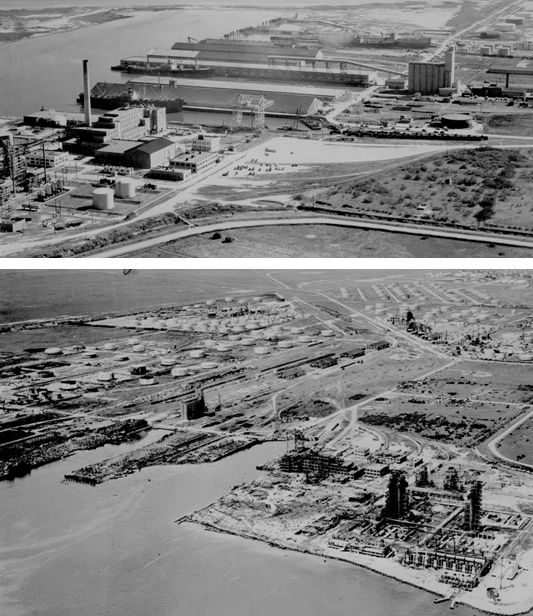 The area before and after the accident

Analysis : The magnitude of the disaster limited the possibilities of the investigation process. However, the following data emerged:

- Ammonium nitrate was packed in paper bags, which according to the testimony of the warehouse workers were already hot.

- About 15 minutes before the explosion, the captain of the ship ordered the use of steam for extinguishing, thus dramatically accelerating the decomposition and release of gases.

- According to survivors, the sea around the hull of the ship had started to boil, indicative of extremely high temperatures inside

Description : Explosion in an ammonium nitrate warehouse of the AZF plant, without any previous fire. The warehouse contained 300-400tn FGAN and ANFO, in addition to off-spec products intended for reprocessing. Inside the facility there was a tank of anhydrous ammonia and several tanks with other chemicals. 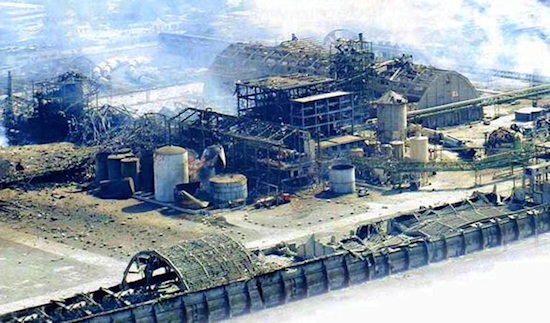 AZF site after the explosion

Results : The ammonium nitrate warehouse was completely destroyed, while the tanks of anhydrous ammonia and most other chemicals remained relatively intact. 28 factory workers and 1 student at a nearby school were killed. Fragments from the explosion were found at a distance of 2Km.

Analysis : Initially attributed to a terrorist act. Further investigation atttributed the explosion exclusively to the off-spec stored ammonium nitrate. The initial ignition / heating source could not be determined.

The event played a very important role in the formulation of the last SEVESO directive (2012) in which the third (technical grade) and the fourth (off-spec) categories of ammonium nitrate appeared for the first time.

Description : Fire and explosion in a farm warehouse

Results : 26 injured, extensive damage to houses within a radius of 150m 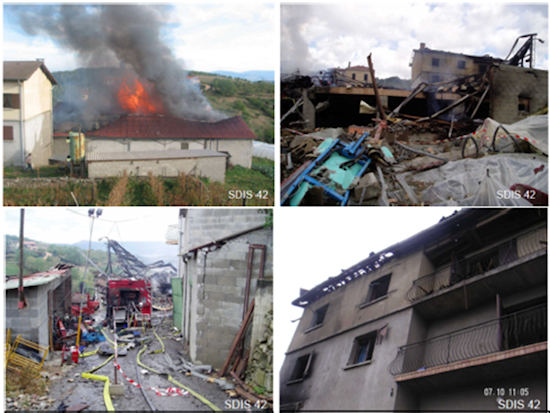 Analysis : in the warehouse there were at the same time

Description : On 17/2/2007 the captain of M / V Ostedijk emitted a distress signal, having stopped the boat due to the release of white smoke from the hold. The ship carried 6,000tn of bulk NPK fertilizer.

Results : A self-sustaining decomposition evolved over a period of 11 days. Severe respiratory problems in the crew who were evacuated on the 2nd day. Thermographic cameras used on 22/2 showed a temperature of 170oC on the surface of the fertilizer. After 1 week, on 29/2, and after the previous days the holds were opened and victor lances were used to deal with the decomposition, the ship was deemed safe and worthy to sail to Bilbao. 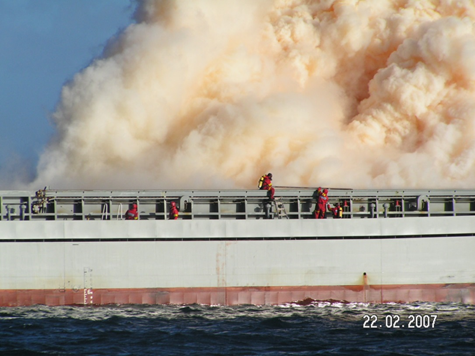 M / V Ostedijk on the 5th day of the event, after the ship's hold has been opened

Analysis : The investigation showed that this was a process of self-sustaining decomposition that started at least 3 days before the crew detected the first fumes, and about 1 day after loading.

Description : Fire and explosion in a small facility for storage and packaging of fertilizers, seeds and agrochemicals. Approximately 50tn ammonium nitrate fertilizers were stored in bulk at the facility. 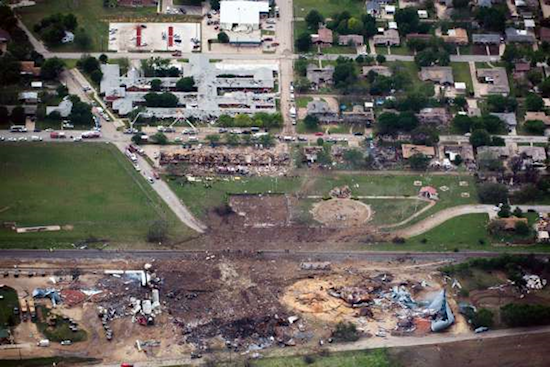 Results : The explosion resulted in the death of 12 firefighters and 3 residents and the injury of 260 people. Tanks of liquid fertilizers and anhydrous ammonia maintained their integrity. 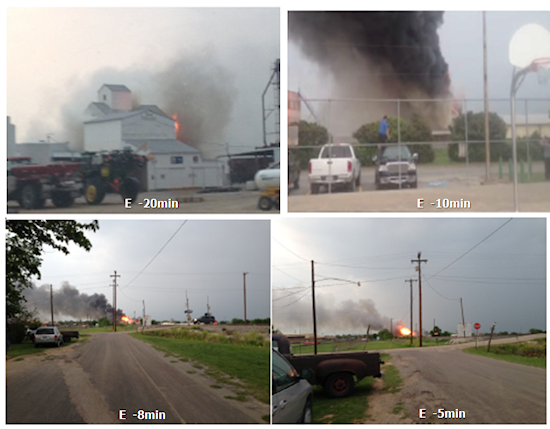 Analysis : The exact cause of the fire could not be determined.

♦ Co-storage of various types of fertilizers and other chemicals

♦ Absence of fire extinguishing infrastructure. In addition, the nearest hydrant was about 450m away

♦ Location of the facility, in the immediate vicinity (<200m) of schools, housing estates and a nursing home 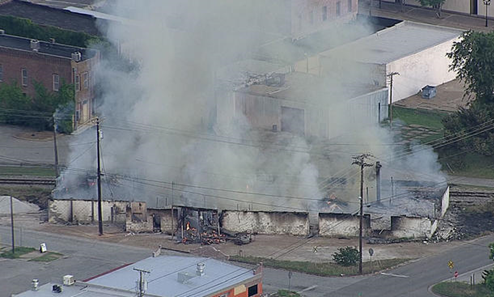 Fire in a warehouse with ammonium nitrate fertilizers (approximately 70tn), with similar characteristics to that of West Fertilizers (wooden construction, wooden bins, co-storage of various substances). Firefighters had received basic trainung about ammonium nitrate and their leader, knowing about the incident of West Fertilizers, chose not to proceed with the extinguishing and withdrew his forces. The facility burned down without explosion or casualties. 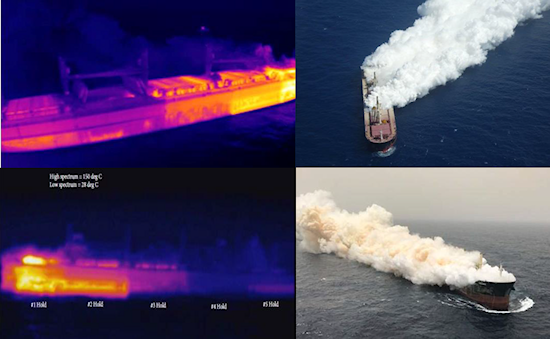 See the properties, applications and hazards of ammonium nitrate