Yanomami is a tribe who lives on the border between Brazil and Venezouela. They are a group of 35.000 people. They live in villages in the Amazon rainforest.

The History of Yanomami

The first report of Yanomami to the Western world is from 1759,when a Spanish expedition under Apollinar Diez de la Fuente visited some people who lived on the Padamo river. Diez wrote:

"By interlocution of an Uramanavi Indian, I asked Chief Yoni if he had navigated by the Orinoco to its headwaters; he replied yes, and that he had gone to make war against the Guaharibo [Yanomami] Indians, who were not very brave...and who will not be friends with any kind of Indian."

In conclusion Yanomami aren’t very sociable with the outside world. Sustained contact with the outside world began in the 1950s with the arrival of members of the New Tribes Mission as well as Jesuit and Salesian Catholic missionaries. While the Consitution of Venezouela, recognizes indigenous peoples’ rights to their ancestral lands, few have received official title to their territories and the government has announced it will open up large parts of the Amazon rainforest to legal mining.

The name ‘’Yanomami,, was produced by anthropologists on the basis of world yanõmami which, in the expression yanõmami thëpë, means ‘’human beings.,, This expression is opposed to the categories yaro (game animals) and yai (invisible or nameless beings), but also napë (enemy, stranger, non-Indian).

The Yanomam language family comprises of four main languages (or major dialects): Yanam, Sanumá, Yanomámi and Yanomamö. Many local variations and dialects also exist, such that people from different villages cannot always understand each other. Many linguists consider the Yanomaman to be a language isolate, unrelated to other South American indigenous languages. The origins of the language are obscure. 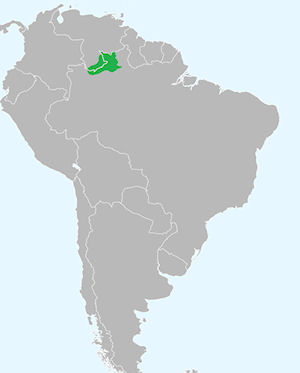